Huge stone gods, warriors and mythical creatures stand side by side in the fascinating, world heritage site of San Agustín set deep in the lush, rolling hills of Huila Department. Dating back to AD100, San Agustin is one of South America’s ancient wonders, a site shrouded in mystery shut off from the outside world for many years. Constructed in volcanic rock, the statues, some 600 in all, litter the landscape alongside tombs, “mesita” burial mounds and terraces. Together, they form part of the largest pre-Columbian funerary complex in the Americas, a vast site spread over 2000 km². Today, still very little is known about the origins of the site, only a tiny fraction has been excavated. Various hypotheses have linked San Agustin with Colombia’s Lost City or even with the ancient Maya in Mexico.

Close by, the remarkable site of Tierradentro in the neighbouring department of Cauca, is another piece of the same puzzle. High in the foothills of the Andes, the landscape is pitted with elaborate tombs whose entrances lead down into large, circular chambers awash with intricate, geometric patterns and shapes.

Both sites are very remote and involve bumpy journeys but for visitors who do make the effort, the experience will be one of the stand-out highlights of Colombia.

The Hacienda Anacaona is a rustic coffee finca and colonial plantation house perched on the edge of the pretty village of San Agustin deep in the rolling hills of Huila department. Surrounded by lush...

Another great holiday through Oasis. This is the third time we have used your company and everything has gone like clockwork. We had a great driver and excellent guides. 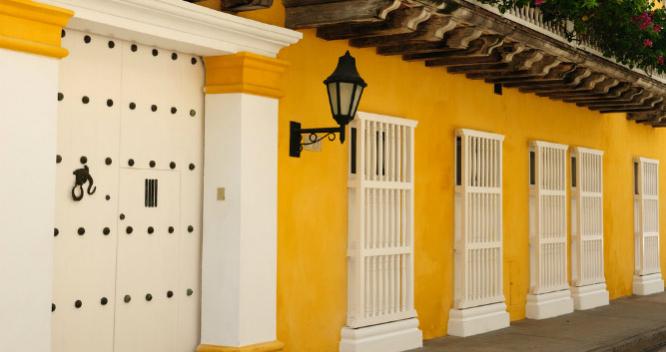