Under the shadow of the imposing Pichincha Volcano at 2800m above sea-level, Quito is Ecuador’s attractive, bustling capital. Founded in 1534 by Sebastián de Benalcazar, much of the city’s colonial heart has survived to this day, a picturesque, white-washed maze of historic churches, cobbled plazas and traditional townhouses that was declared a UNESCO World Heritage Site in 1978. At its heart, the government house and stunning 17th century cathedral overlook Independence square while the iconic church and monastery of San Francisco dominate the neighbouring plaza. Huge efforts have been made to regenerate the district and the old town now buzzes with hotels, restaurants, bars and galleries, all beautifully lit at night.

On the small Panecillo hill overlooking the colonial centre, the Virgin of Quito gazes down on the city, a wonderful viewpoint over Quito. However, on clear days, visitors flock to the chairlift up Pichincha, for breathtaking views of the surrounding mountains.

Just north of Quito, Ecuador straddles the “Equator” at the official “Mitad del Mundo” line and museum, a tourist attraction that draws visitors from far and wide. Built in the 1980’s to replace an older monument, the site is actually out by 240m, an earlier pre-Inca marker built hundreds of years earlier had it positioned perfectly!

Overlooking the cobbled Plaza San Francisco at the very heart of Quito’s historic old town, the Casa Gangotena is a sumptuous colonial mansion and boutique hotel. Dating back to the days of the...

Nestled amidst the bars, restaurants and shops of Quito’s historic centre, the Patio Andaluz is a lovingly converted colonial mansion boutique hotel, a stroll away from the Plaza San Francisco....

Nestled amidst the cobbled streets of Quito’s historic centre, the Casona de La Ronda is a charming converted town-house and boutique hotel that opened its doors in 2011. Dating back to the 1730’s,...

Ideally located at the heart of the historic old town on the central Plaza de la Independencia next to the cathedral and government palace, the Hotel Plaza Grande is a sumptuous colonial mansion and...

Tucked away in the cobbled streets at the heart of Quito’s historic quarter just one block from the central Plaza de la Independecia, the Relicario del Carmen is a charming colonial guesthouse a...

Thoroughly enjoyed the holiday. Good without the crowds. Everything went smoothly.  The guides were on time, knowledgable, courteous, helpful and spoke very good English. The drivers took good care of us in the Cambodian traffic. Cars were always clean and tidy. 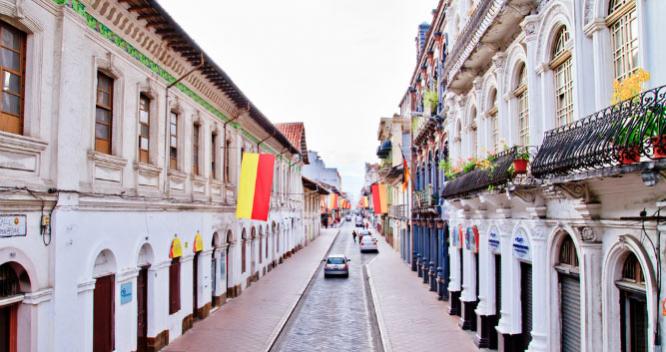