Hlane is Eswatini’s largest protected area and extends either side of the MR3 – where you may spot wildlife along the verge. The camps are located in the western sector. This area hosts the traditional Butimba or royal hunt, and today Big Game Parks manages Hlane on behalf of the King. Among a wealth of wildlife reintroduced to its former home, elephant, white rhino, lion and leopard all occur. The rhino and elephant often visit the waterhole at Ndlovu Camp, while lions – the emblem of royal Swaziland – occupy a separate fenced area, where you can see them on a guided game drive. Leopards are more elusive, as are spotted hyenas, whose whooping calls blend with the roars of the lions at night. Giraffe, zebra and hippos are among the other large mammals, while antelope include abundant impala, plus kudu, wildebeest and waterbuck. Highlights among more than 300 species of bird include a large breeding colony of white-backed vultures.

Hlane’s vast network of game-viewing roads is ideal for a self-drive safari. You can stretch your legs at picnic sites and watch animals come to drink from the game-viewing hide at Mahlindza Dam. Other activities include guided bird walks and a mountain-bike trail, while overnight bush trails are run in the wild eastern Lusoti section. Accommodation is at Ndlovu Camp, where you can watch the rhinos come to drink, or at the secluded, self-catering Bhubesi Camp, where only the calls of bushbabies and nightjars disturb the night.

Ndlovu Camp main camp in Hlane Royal National Park, home to the restaurant, curio shop and activity centre.  The camp is off the grid, powered by solar, gas or fire, transforming into a fairyland of...

Travelled to Laos, Cambodia and Vietnam

“Many thanks for superb organisation and for your suggestions regarding the itinerary, and restaurants. There were many highlights and few issues....... We loved the 3 countries (Laos, Cambodia & Vietnam), and the trip exceeded our expectations. 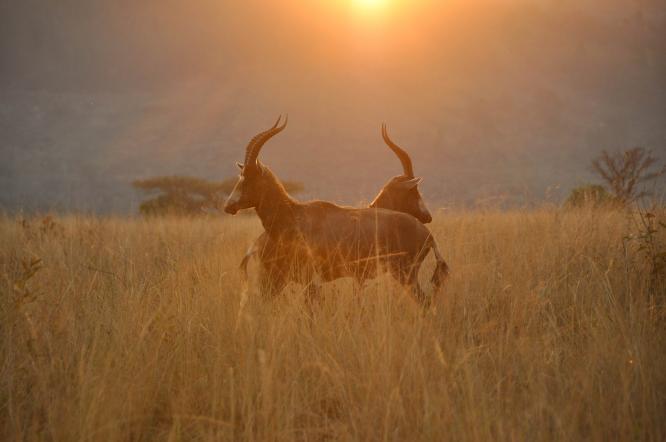