Suva, one of the most cosmopolitan centres in the South Pacific is home to around a third of Fiji's population and incorporates the economic, educational, and diplomatic hub. Lured by its attractive deep harbour and abundant land, Fiji's British colonists, moved the capital from Levuka in 1882. As a major centre for trade since then, you will find many buildings from the British colonial era among the city's more modern high-rise buildings.  Fly directly into Suva's International Airport at Nausori from Australia and New Zealand, connecting with a handful of Pacific Islands as well as domestic and regional flights throughout Fiji. If you are travelling from Nadi, you can get here by car or bus, or hop on a short 25-minute flight.

The Grand Pacific Hotel is a reflection of the finest in luxury Fiji accommodation and is located on the Suva Waterfront adjacent to Suva’s Central Business District. It is a heritage, a 5-star...

Travelled to Laos and Vietnam

“We thoroughly enjoyed ourselves and think you did an excellent job in organising the trip. I would appreciate it if you could let me know the other countries that Oasis works with. I would be very happy to have you fix up another trip for us if and when it suits. Thank you.” 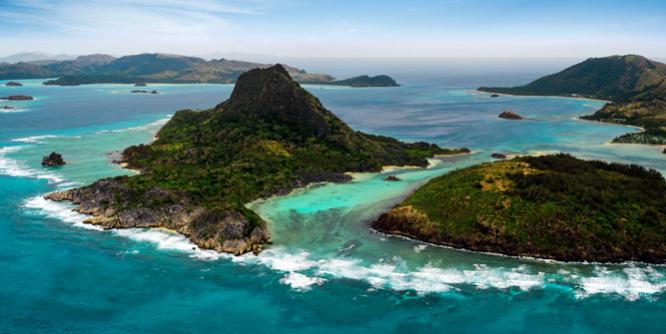