Forget the romance of the film, Casablanca is one of the largest cities in Africa, a vast, sprawling metropolis at the heart of Morocco’s industry and commerce. The modern city, however, belies its colourful history which can be traced back to the Roman and Phoenician traders and has been shaped by Portuguese, Spanish and French colonial powers. For first time visitors to Morocco, Casablanca offers a rude awakening, a city renowned for its traffic, noise and daily grind. That said, it is not without its attractions. Though smaller than Fez or Marrakech, the old medina has been revitalised, the walls repaired, the clock tower restored and it is well worth a visit. However, the highlight, without doubt, is the Hassan II Mosque, the 3rd largest in the world which can hold up to 25,000 worshippers and a further 80,000 within its courtyard. The mosque took over 13 years to build at the cost of around 500 million dollars and boasts the world’s tallest minaret at 210m high. Sadly, the city’s key tourism attraction does not even exist – Casablanca the movie was filmed entirely within a Hollywood studio.

Without losing the essence of Moroccan service and cuisine, the Barceló Casablanca has become one of the most important modern hotels in Casablanca. Its location on the central Boulevard d’Anfa is...

A luxury stays in Casablanca awaits you at Four Seasons Hotel Casablanca. You'll be 3.7 km from Hassan II Mosque and 5 km from Place Mohammed V. Highlights at this beachfront hotel include three...

The 24-floor Sofitel Casablanca hotel located opposite the Hassan II mosque, in the heart of the business district in the city centre, and towers above the white city. It has 141 rooms and 30 suites...

“All our guides and drivers were just amazing. We felt like we were leaving our friends behind when we moved to another destination!!” 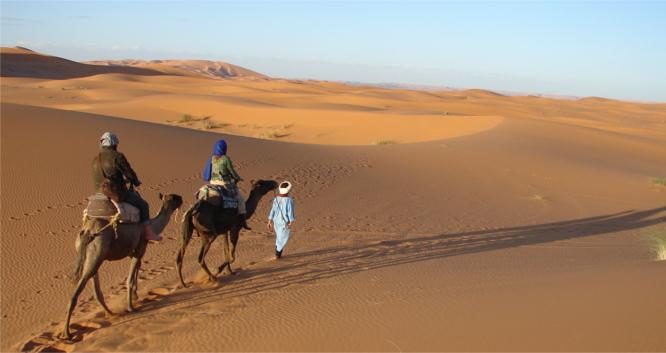