Strolling the wiggling alleys home to half-derelict townhouses, washing lines strung between window shutters with peeling paint, and the occasional strutting rooster, here the scent of yesteryear is evoked towards the centre, watched over by the Gothic pile of the Selimiye Mosque and the Ottoman bulk of the Büyük Han.

Visit the Cyprus Museum, the gateway to this country’s rich history, and a treasure chest of an ancient civilisation. The exhibits here begin in the Stone Age, concluding with the Roman era. You’ll delight at the number of coins, jewellery, sculptures, and everyday household items, as well as priceless treasures from the Ancient Greek Tombs of Salamis.

Take time out to walk past the famous Famagusta Gate, an exact copy of the Lazaretto Gate built by the Venetians for Candia on Crete.

Beautifully restored over the last twenty years, Büyük Han, a two-story caravanserai is a kind of inn for merchants and travellers, set around a central courtyard is a small mosque. After the Ottomans invaded Cyprus in the 16th century, this marvellous caravanserai was one of the first things they built, and now displays galleries studios and workshops.

Sit down with a traditional coffee, brewed in a tall copper pot, as the call to prayer echoes and soak up the merging of old and new that permeates this side of the walled city.

As the hosts of Nicosia Eagle Eye Boutique Hotel they are happy to provide their guests a place to stay within over 700 years  historic atmosphere – to feel the morning and evening light, the call...

“The trip was a terrific first time trip to Vietnam. While the drives between the city and Mai Chau and Halong Bay were quite long, the journey was very interesting. Mai Chau was an excellent choice, and probably better than Sapa....... . 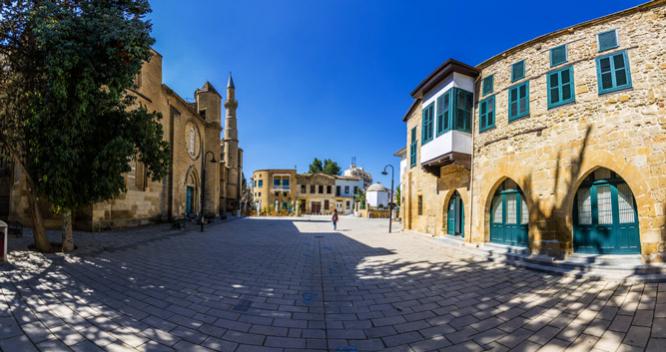