High in the mountains at 3300m above sea level and a short flight from Lima, is Cusco, Peru’s most important tourist centre and a fascinating colonial city built on the ashes of the Inca capital. Its attractions are second to none offering a heady mix of archaeological treasures, historic churches and colourful markets which combined with excellent restaurants, good shopping and a vibrant nightlife make it very difficult for visitors to leave. At its centre, the impressive cathedral where images of the Incan deity Pachamama sits alongside the Virgin Mary while wandering through the narrow cobbled streets you appreciate the fine Inca masonry at the base of the Hispanic city. If the cathedral is the colonial heart, then the Koricancha, the temple of the sun, represents its Incan soul, with some of the finest stonework in all of the country. Just outside the city in the surrounding hills, is a fascinating series of Inca sites and monuments, the highlight, without doubt, the magnificent ruined fortress of Sacsayhuaman. Huge rocks, some weighing up to 200 tonnes, are knitted seamlessly into its defensive walls and it is well worth spending half a day to explore the complex before continuing on to the fort of Puka Pukara, the springs of Tambomachay and the ceremonial site of Qenqo.

Traditional festivals often prove to be the highlight of any trip to South America and Cusco’s Inti Raymi, the Inca celebration of the winter solstice, is the largest in Peru and the highlight of the year. The city erupts into a riot of people, music and dance as colourful processions depicting the history of the city circle the central plaza before making their way up to Sacsayhuaman for a traditional Inca ceremony.

Adding an element of adventure will also hugely add to the experience and Cusco offers every alternative to taking traditional tours. From rafting and paddling on the Urubamba river to hiking and biking to lesser visited sites such as Huchuy Qosqo, Cusco caters to both serious and non-serious adventurers alike with everything from simple day walks to longer camping trips.

The height of luxury in Cusco, Belmond Hotel Monasterio is a sumptuously restored 16th century seminary, a short stroll from Cusco’s central plaza de armas. Dating back 1595 and originally built on...

Among the smallest and most charming boutique hotels in Cusco, La Casona is a beautifully converted 16th century colonial mansion. Located at Plaza Nazarenas, a small cobbled square that also hosts...

The Casa Andina Private Collection is a charmingly restored 16th century colonial mansion that sits on the small cobbled Plaza Limacpampa. Ideally positioned, the hotels is just a few blocks from...

After six painstaking years of sensitive reconstruction and refurbishment, the JW Marriott finally threw open its doors at the end of 2012, Cusco’s newest and arguably plushest 5* hotel. Located just...

The Aranwa Cusco Boutique Hotel is a charmingly converted 16th century townhouse just across from the small San Francisco plaza and a short stroll away from Cusco’s central plaza de armas....

An 18th century converted townhouse, the Casa San Blas is a small boutique hotel nestled in the narrow, cobbled streets of San Blas, Cusco’s colourful, artistic quarter, a short walk from the central...

One of Cusco’s newest additions, the boutique Hotel El Mercado Tunqui threw open its doors in June 2013 on the site of a former market. The hotel sits in a prime location just a couple of blocks from...

Set within a beautiful colonial building and once Inca palace, the Hotel Unaytambo is a small elegant guesthouse just across from Cusco’s famous Korikancha Temple of the Sun and a short walk from...

We had an absolutely fantastic time in Vietnam. Thank-you for organising a superb itinerary.

It was a perfectly paced trip with plenty of rest time & lots of really interesting activities. 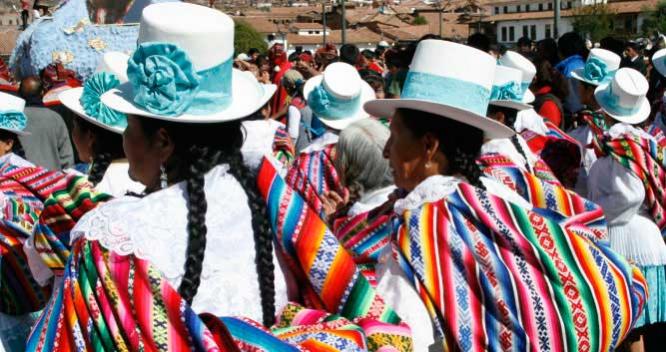