The Royal necropolis of Meroe is located three kilometres from the Nile and 230 kilometres North of Khartoum, on hills covered by apricot coloured dunes. More than forty pyramids stand with their sharp shapes against the clear sky. Most are in perfect preservation, with clusters of small pyramids blanketing the sand-swept hills,  one of the most spectacular sights in eastern Africa.

The pyramids ranged from six metres to thirty metres high and built in Nubian style, characterised by narrow bases and steep slopes. Like the pyramids of ancient Egypt, the Meroe structures served as tombs for kings and queens.

In total there are  100 pyramids separated only by several hundred metres of sandy desert. Several of the tombs' antechambers contain well-preserved hieroglyphics and carvings.

Meroe once had extensive trading routes, with Egyptian, and with the Greeks and Romans and the buildings interchange with different cultures influencing the architectural style conditions.

Travelled to Chile, Peru and Ecuador

On behalf of myself and the others I travelled to South America with recently, I wanted to send you a short note to thank you for organising our itinerary so meticulously. Everything seemed to run like clockwork. 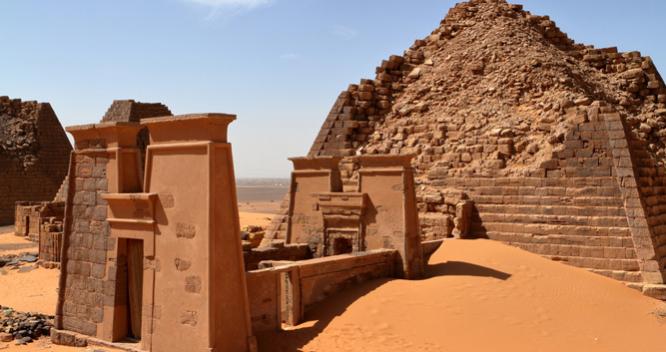