Gyantse, is nestled in the Nyang-chu Valley 254km south-west of Lhasa, is famed for the the Gyantse Kumbum, the largest chorten (stupa) in Tibet. En route to Gyantse from Lhasa you pass through stunning Himalayan scenery, the Kamba-la Pass providing sweeping panoramas and leading down to the turquoise waters of Yamdrok-tso. Gyantse has a horse racing and archery festival in the summer.

It is traditionally held in the middle of the fourth lunar month (June of July). Between the 14th and 15th centuries, because it was en route to India and Bhutran, Gyantse emerged as a trading centre for the wool trade. The old quarter of town is alongside the Pelkor Monastery and under the shadow of the town's mighty Fort. Pelkor Monastery was built in 1418 and is the country's only monastery that represents the three main schools in one place and which are the Schools of Gelugpa, Sakya and Kargyue.

Once home to about 3,000 monks there are about 100 in residence today and the frescoes (many of which are originals) on the walls of the Assembly Hall are worth looking out for as are the ruins on the hillside of some of the former colleges. Gyantse is often referred to as the "Hero City" because during the British Younghusband expedition of 1904, the 500 soldiers of the Gyantse dzong held the fort for several days before they were overcome by the British forces.

Gyantse is located at 3950 meters above sea level - talk to your doctor about altitude sickness before booking travel. 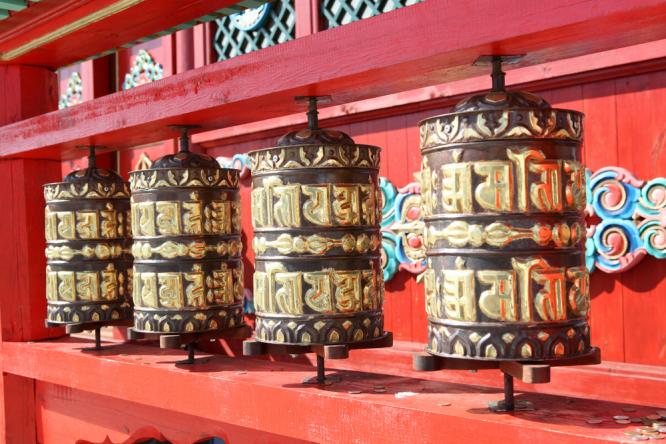